Collecting complete and accurate data at a precise moment in time without gathering too much data in the process is the challenge of high-rate testing. The interesting part of the test takes place over a displacement of a few centimeters and within a few milliseconds of time, and there are three ways to optimize data collection.

Things become more complicated when the test operator wants to collect both electronic data from transducers such as strain gages, piezoelectric load washers or accelerometers; and visual data from a high-speed camera. In this case, it is likely that the time delay for the various subsystems is not the same. While this inconsistency makes analysis more difficult, it is only critical that all the data acquisition start before actuator motion. It is not important for all data acquisition to start at the same time.

It’s not important to start everything at exactly the same instant, but it is necessary to be able to shift signals so that values on various signals are generated at the same instant in time. Some researchers try to synchronize signals based on initial motion of the system. When the displacement starts to change, or the load starts to change, all other signals are synchronized to this clock time. Unfortunately, most systems are not rigidly coupled to the test specimen. This loose coupling (or slack adaptor) allows the actuator to reach the desired or maximum test speed before it applies force to the specimen. In this case, the actuator moves long before there is any significant load on the specimen.

At higher strain rates, it is difficult to use the system load transducer for synchronization because the motion of the actuator accelerates the load transducer causing a phantom load. To minimize the occurrence of these inertial loads, some researchers estimate load from the specimen stiffness and appropriately located strain gages, and then use that data for synchronization.

Other researchers try to synchronize signals based on obvious events, such as failure, but many of the same problems exist. And things get more complex when subsystems take data at different rates. One common situation occurs when a high-speed camera that takes photos at 1kHz, is used with a data acquisition system that takes data at 20kHz. A single photo is then effectively associated with 20 or more discrete data points. If the values vary greatly, it is difficult to determine at exactly which point the photo was acquired, even if the time resolution of the photo is 1 millisecond.

Not all data acquired during a high-rate test is meaningful. While the displacement data that is collected prior to actuator motion might be useful for baseline calculations, this data is generally useless. Force transducer data generated prior to contact with the specimen, is often misleading but does indicate that the resulting measurements must be corrected for transducer acceleration. Another source of extraneous data occurs after specimen failure, particularly in a tensile test, when the load cell “rings” as the strain energy in the system is released and the pressure waves affect the load transducer. This spurious load data, an artifact of transducer acceleration, makes data difficult to understand and frequently confuses new researchers.

As mentioned earlier, sometimes it is necessary to shift some signals in time to synchronize the multiple transducer signals or the signals from each separate data acquisition subsystem. Often a single signal can be used to provide a “time stamp” for multiple systems. The best high-rate system providers offer tools for shifting signals independently of each other, if needed.

In a test that lasts a few milliseconds, there are often hundreds of milliseconds of data. With all this extra data, finding the relevant data can be difficult. Knowledgeable high-rate solution providers design mechanisms to make it easier to find the relevant data, both by ensuring the data set is small, and by providing tools that allow the researcher to remove data acquired before impact and after specimen failure. These same providers can help minimize synchronization efforts by paying close attention to phase delay in signal conditioning and by enabling single signal time stamping. These tools greatly enhance researcher productivity when doing analysis and data reduction of high-rate data. 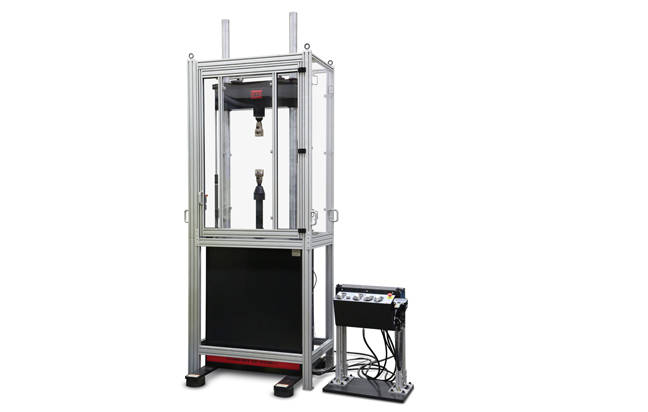