Q: What trends have you noticed in the use of shake tables for seismic testing?

Brad Thoen: The idea behind a shake table is to generate a high-fidelity reproduction of ground motion; something that a structure would undergo in a real-world earthquake situation. By testing structures on these tables, researchers gain the insight they need to make them more earthquake-resistant. These days, to generate the most meaningful earthquake reproductions, researchers strive to put as close to a full-scale specimen on the table as possible. The reason for this being that whenever you down-size a physical structure, not everything scales linearly — various components of the structure scale differently. Therefore, a lot of engineering judgment is required to extrapolate how results gained from small-scale specimens relate to full-scale structures. For example, in the Kobe earthquake in 1995 many buildings that were qualified as being earthquake-resistant collapsed. Follow-on investigations suggested that this might be because the standards at the time relied upon data derived from tests that employed smaller-scale test models. That’s why the big NIED E-Defense table was built, because Japanese structural engineers wanted to test full-scale specimens and avoid having to make scaling judgments. Q: What unique challenges does this use of large-scale physical specimens pose for shake table operation?

Thoen: Yes, the use of large-scale civil structural specimens on shake tables presents us with significant control challenges. These specimens are very massive and lightly damped. Once they start moving they continue to move, significantly interacting with and affecting the response of the table. That’s the root of the control problem: you’re commanding the table to go one direction and the specimen is pushing hard in the other direction with almost equal force. Additionally, these specimens tend to have very low natural frequencies and are often very tall. When you excite the base of such a specimen it wants to topple over (an overturning moment), which introduces pitching and rolling. So you’ve got two things going on: the specimen is resisting the linear motion that you want and it is introducing pitching and rolling motions that you don’t want — this is the kind of stuff that invalidates tests. Q: Are there any tools or techniques available to overcome these large specimen challenges?

Thoen: Yes, there is the current, conventional “Iteration” method, as well as a newly developed MTS method called “Specimen Dynamics Compensation (SDC).” The iteration method has been around for a while and is used everywhere. It employs a learning algorithm that allows you to run a test at a low level (to avoid specimen damage), measure the response to see where it is inadequate and then modify the drive signal and play the test out again, hopefully getting better response the second time. This is done again and again until the measured response is close enough to the seismic waveform the researchers are trying to reproduce. It is this final waveform that is used in the real, full-amplitude seismic test. There are many recipes out there for how to run iterations; every researcher seems to have their own idea of how many iterations should be run, at what levels should they be bumped up. . . it’s an art. This is definitely lab technology stuff that you don’t learn in school. There is, however, a fundamental flaw in the iteration method. First of all, civil structural specimens are often very non-linear and very fragile. Because they are fragile, you must excite them at low amplitudes when iterating. But when you run the real, full amplitude test, the specimen begins to yield, transitioning out of the elastic region in effect during the iterations and into the non-linear, plastic region. So, as the specimen goes plastic and yields, all of its dynamics change permanently. The motion you’ve computed through iteration is appropriate for when the specimen is elastic, but not entirely appropriate when it is plastic. Q: Describe Specimen Dynamics Compensation?

Thoen: SDC is a feedback compensator that effectively removes the resonant effects of nonlinear time-varying test specimens from the motion dynamics of a shake table in real time, providing a safer, higher-fidelity and more efficient alternative to conventional iteration techniques. Using existing table sensors, SDC determines in real-time how much a specimen is pushing back on a table during a full-amplitude test. It then determines how much additional servovalve flow is required so that the actuators generate precisely the additional force needed to cancel out the countervailing forces of the dynamic specimen. The fact that feedback signals utilized by SDC are derived independent of the specimen is of tremendous advantage. Because you are not modeling the specimen it can be time-varied and non-linear. It makes no difference to SDC what physical processes give rise to the forces pushing back on the table; they only need to be sensed and cancelled out. Q: Contrast the conventional iteration technique with SDC.

Thoen: To begin with, SDC consistently delivers consistently higher test fidelity than iteration techniques. I proved this through an experiment using two typical civil specimens: a reinforced concrete beam, and a lead rubber bearing. Both are very non-linear and typical of what you might see in a civil structure. First, I ran a typical iteration regime on them, using the recipe developed by Patrick Laplace at the University of Nevada, Reno. Then I simply applied SDC; no preparation, just ran it at 100%, which is what we would expect customers to do. I measured the errors for both specimens for two earthquakes then ranked them by lowest error. I found that, in all the cases, SDC resulted in the lowest error. Iteration, in some cases, logged respectably low errors (and ridiculously high errors in others), but still higher error than SDC. In terms of time and cost efficiency, SDC is superior to iteration, unquestionably. The SDC process is simple: just mount the specimen and push a button. In contrast, identifying the frequency response of the system and running multiple iterations requires considerable time and resources, and the subjective nature of the process affords ample opportunity to make errors. There’s really no comparison as far as time savings goes. Another key benefit of SDC is simple, streamlined tuning. When you tune a table using SDC, you’re basically able to set it up as a bare table and no matter what specimen you put on, you still get the same motion response. With no need for a specimen, you can spend all the time you want achieving a beautiful frequency response (harmonized for all frequencies), and once you’re done, you’re done. You could put whatever specimen you want on the table and SDC returns it to that original state. Q: Talk about the origins of the SDC technique; who developed it, when, how?

Thoen: The originator and patent holder of the basic idea is Al Clark, who worked at MTS for decades, retiring just a few years ago. In 1990, the technique was tried on a then innovative shake table design that was to feature new electronics, new hydraulics and new control algorithms. Unfortunately, the complexity of the overall project (and the fact that we were using digitally supervised analog controls) precluded the use of the novel technique and it just didn’t go anywhere at that time. For a while, it pretty much just languished. Then about eight years ago, after talking with Al, I decided we should give this another try. I looked at what he had done, and after concluding that the basic concept was very sound, I set to work on some critical refinements. These refinements coupled with the use of far faster processors finally enabled us to prove the concept and revive the technique. Q: Describe the process of proving the effectiveness of SDC.

Thoen: To prove the utility and effectiveness of SDC, we conducted a series of three field tests on actual equipment. The first field test was in 2011 at the University of Nevada, Reno on their biaxial shake table. We ran SDC on this system in uniaxial and biaxial to reasonable success. The second field test, in 2013, was also at Reno, using their 6DOF shake table. This test was intended to explore what happens when SDC was employed on a system with rotational degrees of freedom; this trial, too, yielded success. The third field test was conducted in January 2016 at SUNY Buffalo. Here, we simply wanted to try SDC out on a different shake table entirely to round out our exploration — the more systems you try this out on, the more things you learn. Ultimately, we didn’t find anything different, SDC performed the same. One benefit of the Buffalo experience was the development of a streamlined SDC user interface, so now we have an expert user interface and a simplified user interface for the everyday customer. Q: When and how will researchers gain access to SDC capabilities?

Thoen: SDC is now a feature of MTS’ standard shake table control software package, 469D Seismic Table Control Software. I have also developed a recipe for integrating SDC into existing seismic controllers, as part of a system upgrade package. This upgrade package will also include options for health checkups of system electronics and hydraulics, as well as system re-tuning. Of course, SDC training is also a component of the upgrade; for optimal results, customers will need to supply a test specimen for this – something like a cantilever beam with a big mass. 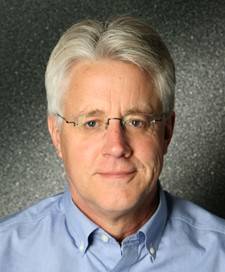 Brad Thoen, MTS Senior Staff Engineer, is a thirty-seven year MTS veteran, specializing in controls and signal processing. He has been a critical player in the advancement of MTS’ digital controller technology and continues to fill an integral role in the development of the company’s most challenging seismic simulation systems.