Q: What types of applications involve multi degree-of-freedom control and why?

Dr. Shawn You: The ultimate goal is to simulate real-world operating conditions and characterize the performance of the specimen in a controlled laboratory setting. Multiple Degree-Of-Freedom (DOF) testing is used across many industries, usually to characterize large or complex components or structures. Examples include standard and custom shake tables (seismic simulators), multi-axial simulation tables used to test ground vehicle components, civil structural test rigs for building and bridge component testing, helicopter blade testing in aerospace and bogie testing in rail.

Q: What challenges does this type of testing present?

Q: How is MTS helping customers address this challenge?

Dr. You: We developed a tool called DOF Control Software, which establishes a coordinate system for orchestrating any number of loading actuators in up to six degrees of freedom. The concept behind the tool is straightforward. If you think about a two DOF test rig, each individual actuator on its own will cause the specimen to follow an arc path. Our software understands the relationships between the two arc paths, so it can provide the control necessary to produce pure vertical and lateral motion. And it does this for any number of actuators. It can also operate in a mixed control mode, for example, controlling force in the vertical plane and displacement in the lateral plane.

Q: What advantages can customers realize when they use DOF Control Software?

Dr. You: The biggest advantage is acquiring more accurate results than you would otherwise, due to the precise coordination of multiple actuators. DOF Control Software is also easy for test engineers to set up. It’s a matter of entering the coordinates and a few other variables, and the operation is ready to go. In addition, the software helps test teams deal with very complex situations, such as an over-constrained system.

Q: Can you explain how DOF Control Software manages an over-constrained system?

Dr. You: Theoretically, you can control any point in the coordinate system in up to six degrees-of-freedom with the number of actuators that is equal or more than the number of degrees-of-freedom. But there are many times when the size of the specimen or the nature of the application require test teams to use, for example, 30 actuators. When you have more actuators than degrees-of-freedom, the actuators may be fighting each other. Our software automatically balances out the movements of the extra actuators so they operate in smooth coordination, instead of working against each other. We deal with cross-coupling compensation in a similar way. Trying to control over-constrained systems or doing cross-coupling compensation with the previous techniques would involve much more work.

Q: What is the alternative to using DOF Control Software?

Dr. You: Test engineers need to write equations explicitly for each transformation. This can work for small deformations, but for large deformations it is not accurate. Some test teams we have collaborated with developed their own software to do this, but that takes a lot of time and effort. Other teams realized that without the ability to orchestrate the actuators precisely, they couldn’t run the test they needed to run. With DOF Control Software, equations are formed automatically and the calculations are pre-set. All the test team has to do is provide the coordinates of the specimen geometry in a template.

Q: What were the origins of DOF Control Software?

Dr. You: It all started with shake tables testing automotive components, which use many actuators working in concert to move the table within a global coordinate system. MTS developed the first shaker table that used this particular method of control. Then we realized the software was extremely useful for many other test applications, so we made it available as a separate package.

Q: Is each instance of DOF Control Software tied to a specific custom test rig?

Dr. You: Generally speaking, yes. These are custom test systems. But we have built flexibility into the solution because the specimen template, which drives the transformation calculations, can be modified relatively easily. For example, in a civil structural application, you may need a new configuration of actuators to accommodate a different size specimen, or a specimen in a different orientation. Our team can help customers adapt the template for these needs, so they can use their custom test rig and software for more than one application. We have applied DOF Control Software to hundreds of systems and we have decades of experience solving these issues for customers in many industries. 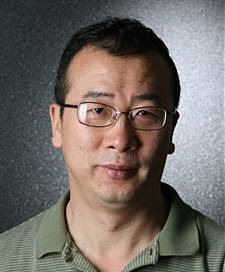 For more than two decades, Dr. Shawn You, MTS Staff Engineer, has been translating challenging customer requirements into unique test and simulation systems.