ZF Sachs was already running an efficient damper testing program at this state-of-the-art facility, but lab management wanted to streamline the program even further, in two primary ways. First, it sought to provide even more consistent testing — including a more consistent operator experience — at all ZF Sachs test laboratories around the world.

“We are truly a global company, so it’s critical that results from this facility mirror the results on the same test at another laboratory,” said Jeff Freed, Testing Lab Manager at the ZF Sachs Northville facility. “In addition to giving us utmost confidence in our test data, this will help improve our productivity, by allowing us to easily share information across our geographically dispersed locations.

“And ideally, the user experience should also be identical, whether an engineer is running a test in the U.S., Europe, Asia or elsewhere,” Freed added.

Second, ZF Sachs wanted to reduce unscheduled downtime to as close to zero as possible. The ZF Sachs facility constantly runs at a very high capacity, and even minor equipment issues can disrupt the production schedule. “Time-to-market means everything in the automotive components industry, and every test rig we operate literally has projects waiting in line, twenty-four hours a day, seven days a week,” Freed said. “So it’s critical that every test system stays running.”

ZF Sachs has a long history using MTS products and services worldwide. “We’ve been partnering with MTS for decades and are very satisfied with the relationship,” Freed said. “So when we had to identify a vendor to help us further optimize our damper testing program, MTS was an easy choice.”

The optimization began by installing the very latest MTS testing software, both at the main ZF Sachs R&D facility in Northville and at other damper test facilities around the world. Updates included RPC® Pro software, Multipurpose TestWare® (MPT™) software, and the latest version of MTS damper testing software. All this software is designed to offer leading-edge capabilities from an extremely intuitive user interface, equipping operators to complete more testing in less time.

Next, ZF Sachs got all of its digital controllers on the new MTS FlexTest® platform, in order to operate its existing servohydraulic test systems as efficiently as possible. Many of these test systems were older systems that received upgrades or complete controller replacements, allowing the latest software and controller technology to be used on a variety of legacy systems from MTS and other manufacturers.

“We have one of the first MTS damper test systems ever introduced at our Northville test lab,” Freed said. “We’ve been using it pretty much nonstop since the 1980s, and it still performs great.”

According to Freed, the MTS solution allows ZF Sachs to more closely correlate test data at its damper testing facilities around the world. “We now offer a uniform and easy-to-use software application regardless of where a test is conducted, and whether it’s being run on an old or newer-generation test system,” Freed said. “We’ve also seen solid reductions in downtime from the proactive maintenance, which puts us in a great position to keep pace with our heavy demand.

“Plus, our new efficiency improvements have reduced our operating costs, which allows us to uphold our high quality standards while better responding to pricing pressures in the market,” Freed added.

Freed also cites MTS expertise as a crucial element to the project’s success, and a key reason why ZF Sachs and its parent company are such loyal MTS customers.

“We’ve found MTS service and support to be as reliable as the equipment itself,” he said. “Whenever we have a question, there’s always a direct line to the answers we need. From top-quality equipment and service to ongoing maintenance, you really get the whole package when you work with MTS.” 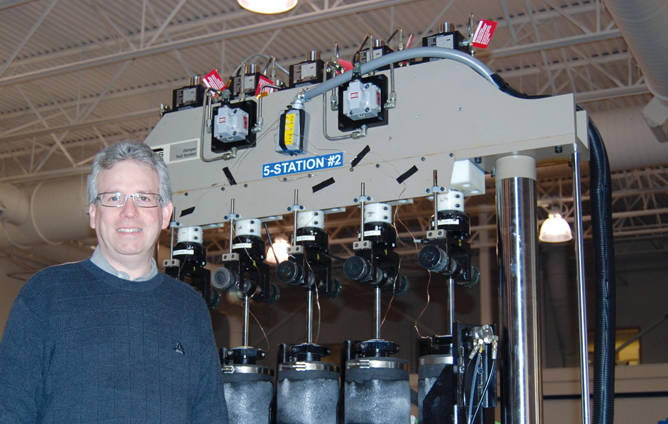 “From top-quality equipment and service to ongoing maintenance, you really get the whole package when you work with MTS.”