Nissan® strives to meet consumer demand for products with high quality and high performance. Meeting these demands in a timely manner requires not only effective development, but also efficient validation to avoid costly and time-consuming iterations between the two activities. Continuous improvement of tools and methods is especially important in the context of achieving vehicle dynamics objectives in which engineers constantly seek the ability to get deeper insight into the performance of subsystems used in vehicles at an earlier stage of the development.

While computer-aided engineering (CAE) tools provide timely performance prediction, leading to reduced development time and costs, certain limitations prevent these tools from revealing unexpected or unknown phenomena during development. Deferring discovery of unexpected phenomena until the track risks implicating budgets and schedules. One way to avoid risks associated with late discovery is to supplement CAE with physical testing during development. Doing so promises to improve performance evaluation and diminish the overall need for prototypes, leading to reduced costs.

Automotive engineers at Nissan Motor Co., Ltd. wanted to be able to go from design freeze to start of production within one calendar year. Meeting this goal would require enhancing the complementary strengths of CAE and test procedures, including thoroughly understanding how vehicle subsystems will perform and influence each other’s performance. In order to meet such aggressive development timeframes, this understanding would have to be gleaned well before the vehicle prototype is available.

At the time, the company was in the process of developing a new damper system, and planned to examine how this subsystem could be tested more precisely and at an earlier stage of development. After a brief discovery period, Nissan decided to partner with MTS, due in part to the company’s 40-year global leadership in vehicle testing technology and expertise.

MTS and Nissan launched a pilot program using mHIL technology to validate the performance of the new damper systems under development at Nissan. This pilot test system would ultimately become the MTS Four-Corner Damper Test System currently in use by Nissan engineers. Pilot results showed superior test data correlation to actual track testing for analyzing both ride comfort and handling. Using the MTS Four-Corner Damper Test System, Nissan experienced a 40 percent reduction in retrogressive changes to its vehicles under development.

The MTS Four-Corner Damper Test System with mHIL technology allows Nissan to identify and solve problems stemming from unexpected subsystem behaviors at an early stage of vehicle development. The technology saves Nissan significant time and money by exposing unexpected phenomena that previously emerged only when a prototype was driven on a test track.

“MTS mHIL technology allows us to uncover and resolve unknown items of quality function development (QFD) during the preparation stage, reducing our vehicle testing time by at least one month,” said Yoichi Sakai, head representative for system experimental development for Nissan. “At a time when many manufacturers are reducing their experimental vehicle development, mHIL technology gives us a fast, accurate and affordable means of continuing to pursue those initiatives.

“In addition, the efficiency achieved through mHIL technology also allows us to provide higher-quality vehicles to consumers at a more affordable price,” Mr. Sakai added.

“The mHIL technology represents a true revolution in vehicle development speed and cost-efficiency,” said Mr. Sakai. “It has been extremely beneficial for Nissan, and it will surely be equally advantageous for suppliers.” 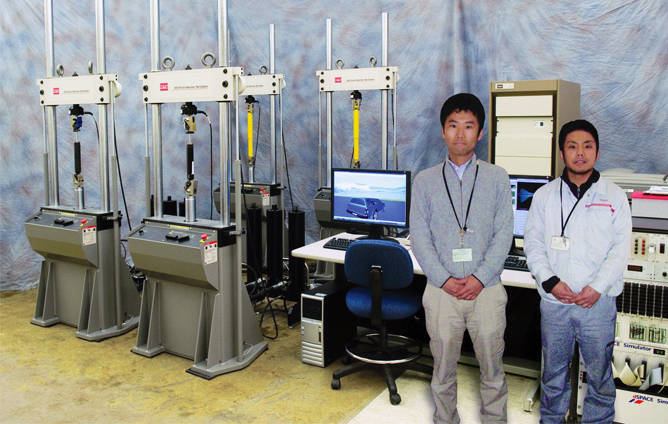