Based in Darmstadt, Germany, Fraunhofer Institute LBF is a research organization that specializes in performing structural durability and system reliability evaluations for safety-specific components, primarily those used in the European automotive industry. The institute belongs to the Fraunhofer Society, a German research body with 59 similar institutes, each of which concentrates on a discrete area of applied science. LBF serves as a premier research institute, a contract test laboratory and a development partner for automotive manufacturers.

These manufacturers are now hard at work developing the next generation of electric vehicles, ranging from the small cars that are already popular with consumers worldwide to the six-metric-ton electric buses that will become increasingly prominent in fast-growing urban centers. All of these vehicles pose unique design challenges because the batteries they use add considerable weight — in some cases as much as 150 kg (330.7 lb).

“Heavy batteries require a significant increase in the strength and stiffness of the vehicle’s body structure, but without a comparable increase in weight,” said Erich Lücker, project manager for LBF. “This is a big challenge for the automotive industry. Complete body structure testing requires special equipment and expertise, and this has historically been the exclusive domain of automotive manufacturers. No contract labs offered this service. LBF wanted to change the dynamic and become a pioneering partner for testing these new automotive structures.”

Testing systems for electric vehicle structures must be able to precisely apply higher forces in vertical and longitudinal directions, as well as braking forces. MTS is currently the only testing solutions provider that offers whole-body test systems to meet these requirements.

“Ten months is a short time frame for this kind of highly complex test system,” Lücker said. “We were very impressed.”

The Model 329 6DOF LT system is the first passenger car and light truck simulator with six-degree-of-freedom control of forces and motions at the vehicle spindle outside an OEM Lab. Three lateral struts work in concert to provide lateral force control along with steer and camber moment control.

For LBF, the most important aspect of the system is its flexibility to test a wide range of vehicle types and sizes. By moving the corners of the system and adjusting the track width and wheelbase, technicians at LBF can configure the Model 329 6DOF LT system to accommodate a variety of electric vehicles, from passenger cars to much larger transports. The system also features a longitudinal restraint to realistically simulate braking maneuvers and events.

“It is really impressive to see the system in operation, with a total of 27 channels controlling the vehicle movements,” Lücker said. “For us, it’s a new system, but due to our experiences with the MTS Axle Rig, we immediately found the system easy to operate.”

“Because electric vehicle designs deliver unique loads, we expect to see increased demand for new testing methods,” Lücker said. “We are already prepared for this change. LBF is now the only institute outside of the automotive manufacturers that can do whole body structure tests. We give the manufacturers another option. They are no longer forced to perform all the tests themselves. Outsourcing tests is important for accelerating product development.”

Productivity is another significant benefit of the MTS Model 329 6DOF LT system. Specifically, the system allows LBF to test cars and trucks in the lab in four weeks. Typically, it takes manufacturers up to eight months to perform similar tests on the track. This eight-fold time savings enables manufacturers to evaluate new vehicle concepts faster and get them to market much more quickly.

To ensure LBF achieves maximum test system uptime, MTS offers local service and support from nearby Berlin. Technicians are available by phone and can visit the LBF site if necessary.

“MTS has been extremely capable and responsive,” Lücker said. “We are often under time pressure, but we are confident that if issues arise, we will immediately get the support and the answers we need to attain full capacity. Our MTS technical support representatives also know our people personally and are highly familiar with our test system configuration, which helps to further improve our efficiency.” As his lab pursues these new applications, Magon is confident that he can rely on MTS experts for any needed support. “Our experience with MTS has been quite good,” he said. “Their engineers are extremely competent in their specific area of expertise, and they work together with our team very well.” 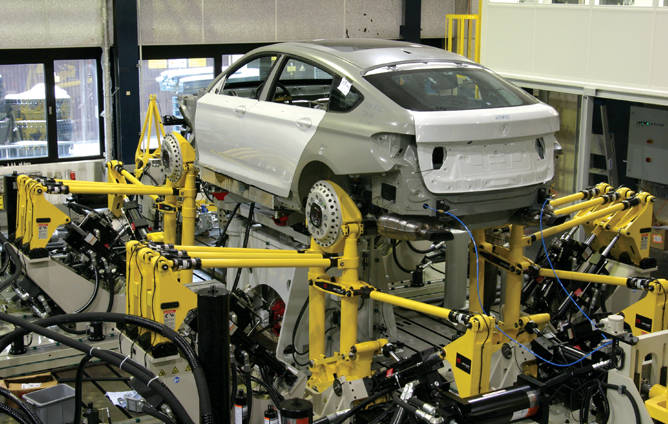