Located in Caligny, in northwestern France, the Centre d’Essais Dynamiques (CED), or Center for Dynamic Testing, is a contract test laboratory that serves a wide variety of industries, including automotive, aerospace and rail, as well as nuclear energy and electronics. The lab opened in 2012 and currently occupies a 2,000-square-meter state-of-the-art facility where manufacturers of components and subsystems come to evaluate and validate new designs.

Although a relatively new lab, CED is an innovative force in dynamic testing in France. Its engineers bring a formidable depth of test expertise to the laboratory environment, lending manufacturers valuable assistance as they strive to fulfill regulatory requirements, meet evolving customer expectations, and understand the durability and performance characteristics of newly designed components and subsystems.

CED is also the only contract test lab in the country offering six-degree-of-freedom (6DOF) simulations for test applications such as durability and noise, vibration and harshness (NVH). However, according to Thierry-Olivier Magon, CED director, convincing the lab’s customers of the advantages of multi-axial testing has proven challenging.

“The difficulty is that customers in France are not used to performing high fidelity multiaxial testing,” Magon said. “Currently they test one axis at a time, which is what they are accustomed to. They are in a transitional phase.”

Magon, who has worked with Tier 1 and 2 suppliers in France for more than 20 years, understands concerns about changing established test methodologies. However, as testing expert he also recognizes that combining several individual tests into a single multi-axial simulation can accelerate test processes without sacrificing fidelity.

To help build customer confidence in the multi-axial approach CED relies on two 6DOF MAST™ Systems from MTS. “Tier 1 and Tier 2 automotive manufacturers in France know MTS,” Magon said. “They are familiar with the MTS reputation for test systems that deliver high performance, reliability and flexibility.”

The larger Model 353.20 MAST system is used for performing durability testing on seats and dashboards at frequencies up to 180 Hz, and can be contained within a climatic chamber for environmental testing between -55 and 85 degrees Celsius. A smaller Model 353.10 MAST system is used primarily for NVH testing of seats. Built in an acoustic chamber, it allows for objective assessment of noise levels at tests running up to 500 Hz. The system is also used for durability testing of aircraft electronics.

Both CED systems feature FlexTest® controllers and RPC® (Remote Parameter Control) Pro Software from MTS, which is also helpful in convincing local manufacturers that switching to multi-axial testing is a viable means to improving test efficiency. “RPC software is widely accepted in France and has a good reputation for producing reliable results,” said Magon. “The fact that the MAST systems employ RPC Pro is a big benefit because it will help our customers get through their transitional period.”

The flexibility of its MAST systems will also enable CED to continue expanding its repertoire of test applications. Currently, plans are underway to use the 353.20 MAST system to perform seismic testing of electrical enclosures used in nuclear power plants. CED teams are also writing the specification that will allow the Model 353.10 MAST system to be used for performing NVH testing on components rail car coach interiors, such as seats and dashboards.

As his lab pursues these new applications, Magon is confident that he can rely on MTS experts for any needed support. “Our experience with MTS has been quite good,” he said. “Their engineers are extremely competent in their specific area of expertise, and they work together with our team very well.” 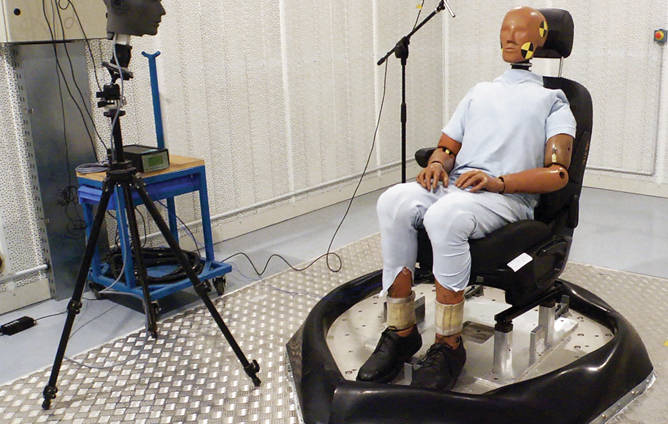